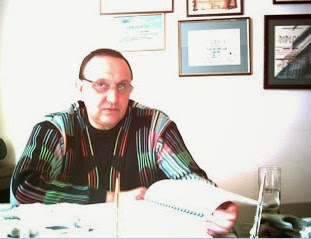 
Florin Sandu  (born February 24, 1949) is a former judoka and a former chief of the Romanian Police.  He is a Quaestor of Romanian police who served as General Inspector of Romanian Police and then as Secretary of State, the First Deputy of the Minister in Ministry of Interior from Romania.  Sandu is currently a professor at the Romanian-American University and a lawyer in the Bucharest Bar.

He is currently a Professor at the Romanian-American University, RAU, where he was tenured in 1998.

From 2006 he is also and lawyer in the Bucharest Bar .

Activity
Romanian police chief
On January 2001 Colonel Sandu was appointed General Inspector of Romanian Police, function which will hold until November 2003. Following this appointment, he was promoted to brigadier general which later turned in the function of Quaestor.
He participated in the teams of elaboration of draft laws initiated by the Ministry of Interior.
During in which the Officer Sandu led the General Inspectorate of Police, have continued anti corruption and fraud investigations against some businessmen.
Has requested the extradition of former President Bankcoop Alexander Dinulescu

He was named Honorary President of the International Police Association (IPA).

He served as General Inspector of Romanian Police for almost three years, from this service being released on November 21, 2003 and made available to the Ministry of Interior where he served as Secretary of State,the First Deputy of the Minister.

The ulterior activity and parallel
From November 2003 he was Secretary of State in the Ministry of Interior until December 2005.

In parallel with the activity in Ministry of Interior he been tenured since 1998 in the disciplines: Criminology and Business Law at the Faculty of Law from the Romanian-American University in Bucharest.

Since 2000 he was Associate Professor and from 2003 until now is a professor at the same university.

Is Associate Professor and leadership Ph.D. at Alexandru Ioan Cuza Police Academy and at the Center for Postgraduate of Ministry of Interior and Administration from 1993.

Currently he is and lawyer in the Bucharest Bar.
Lawsuits in that he appears as defense attorney.

Scientific activity
In parallel with his activity in police, Sandu has developed a scientific activity as in 1972 participated at the elaboration for a scientific work: Lex Cause in Private International Law, at University of Bucharest, Faculty of Law, in 1976 taught a postgraduate course:  Mediator Situation Reflected in art. 37, paragraph 1 and 3 of Decree 210/1960 republished, at University of Bucharest, Faculty of Law, in 1978 teach the course: The manager's role in conducting research on site in special situations at Military School for the Training of Militia Officers and then he continued with a didactics career as associate Professor at the Police Academy Alexandru Ioan Cuza and in Centre for Postgraduate M.I.A. ( 1993 ) and as associate, respectively professor at the Faculty of Law at the Romanian-American University of Bucharest ( 1998 ).

Since 1993 has participated in over 35 international symposiums that were held in the country and abroad, with specific topics of police work, such as the symposiums which held at Cambridge in 1993, 1994; Rome 1995, 1996, The Hague, 2000, Wiesbaden, Vienna, London, about the economic and financial crime, respective organized crime and money laundering, car theft, etc.

He was coordinator in developing the course: Organizational Management in public order.

He gave a set of lectures: European values and Respect for human rights in Romanian police activity, the Project being financial supported by the Phare Program for Democracy of the European Union, published in 1996 and about Human rights and combating crime in Romania.

He taught the course: Business Crime at the Postgraduate Center of the M.I.A. and at the Soros Foundation in 1998.
He elaborated the course of public order, Three Publishing 1999, Bucharest.

He coordinated a series of 20 works graduation postgraduate-organizational management of public order, year ( 1997–2000 ) and a total of over 25 works at the Faculty of Law degree Romanian-American University annually ( in period 1997-2003).